For the section/articles about the body:

About the idea of body: If you were born in a different place, a different time, a different shape, how would that change who you are as a person? What is expected of you, and is it the same for a man and a woman? What is your ideal(self or partner) and why? How does age, gender, money, and media play a part in how we see our physical selves?

Any other ideas about body and mind connection?

Reference at least two of the readings in the post.

Write at least 500 words in response.

Read the following paragraph and write a 150 words reply.

After reviewing the resources and leaning about people’s perspectives in body image, identity and how this plays a part in our humanity. It confirmed why I’m such a huge advocate on being confident and embracing who you are. In the article “Body dysmorphic disorder” by Mayo Clinic Staff they explain in detail about the disorder called body dysmorphic. People who have this disorder tend to get carried away with how they look and go as far as changing their appearance to gain reassurance from others in order to feel fulfilled. In my opinion, I feel saddened for those individuals who have to seek acceptance from others in order to be comfortable in their own skin. During Aimee Mullins presentation she states “It is our humanity and all the potential within it that makes us beautiful”. I could not agree more with her in the fact that we are all beautiful in our own way. There is no need to go under the knife or change our hair color or even go to extremes to change our eye color to feel better about whom we are. A good example would be, if I were to be born at the same time, place, and shape as those individuals. The probability of me thinking like them or wanting to change my appearance would be high. At the end of the day your environment and whom you associate with has a lot to do with who you are; age, gender, money, and media are huge factors on this matter. My role as a woman and my beliefs would all be contingent on which time frame I would be born in. For example, if I was born in the early 1900’s my role as a woman would be far more different than my role now; same goes for men. Women back then stayed home and men were the bread makers. In the 1960’s we saw a significant number of women joining the workforce and as time went on it became the norm for both men and women to work. Now and days we are seeing women becoming the bread makers while the men take care of the home and raise the children. In the future I think things are going to be too expensive for either mom or dad to stay home and children will be raised by childcare providers instead of their parents. Ideally if I could choose when to be born I would choose to be born during my grandparent’s time in the 1920’s. After having long conversations with my grandparents about their experiences and what they lived through; I found great aspiration in the way they lived life. I feel people back then were less stressed and more appreciative of what they had and I admire their simple way of living. There were no televisions or phones that could interrupt creating memories that will last a lifetime. Now and days people can’t even hold a simple conversation because they are too carried away on looking down at their cellphones to check for their next text, Facebook update or Snapchat. My hope is that one day we can balance our time in front of a screen and stop getting so carried away in how media controls our thoughts and beliefs. Life is too beautiful to be focused on how we look or what others are up to, Living the moment means to live for today!

Read the following paragraph and write a 150 words reply.

Being born at a different time and place would definitely change who I am or at least who I thought I was. I believe what happens to us in childhood and how we are raised has so much to do with who we become. Had I been born into a family that was properly equipped in raising children, I would have been reared with a secure attachment. As we grow through childhood we spend time alone, which helps us to develop our sense of self. Had I been born a male, things would have been much different. I believe females are assigned so many roles just because we are female and vice versus. Women in particular have so many assigned to them, we all seem to suffer from never measuring up, no matter what we accomplish. We are called Mommy as little girls, insinuating that all females are going to become Mothers. Females all have the expectation of being Mothers, Daughters, Caretakers, Homemakers, nurturers, Wives, and the list goes on and on. When we do not hold up any of these roles, you can hear the whispers of what is wrong with her? Why isn’t she married or has kids? The same holds true for men. Society judges us based on our roles that we were assigned, and never did we give any permission to decide for us what we are to become or not become. Every person has the right to be whatever it is they choose, without judgement from others.

I have never had much concern for what makes a man a man, nor could I relate to what they experience. In watching the YouTube series with Robert Bly and Michael Mead, they talk about the great shame men and women subject each other too. However, men are treated harshly if they show emotion such as tears; men are expected not to cry. They also speak about little boys being nurtured by their mothers and at an unknown age that is completely ripped from them to be replaced by the ideal of being a man now.

In the video by Aimee Mullins, she speaks about her disability. I noticed as I progressed though the video, when they we describing her they listed all the accomplishments she had achieved along with her disabilities. It got me thinking that as we converse in society, we always are compelled to announce what we do when we talk about who we are. I wonder how many people can tell you who they really are verse what they accomplish or what they do. It is like we have to sell people on what we are capable of to have any sort of credibility.

http://www.youtube.com/watch?v=hLSKMFb88dw (Links to an external site.) 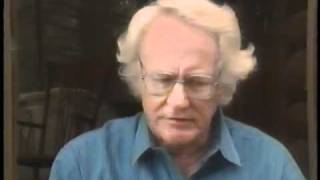 Solution Preview
Where a person is born contributes significantly in shaping the personality and identity of a person. However, it is important that people remain true to who they ought to have become. The changes in the era we live in are making preservation………………………..

Get help with any homework assignment. Access thousands of already completed solutions.